The purpose of this app is to solve a problem that millions of Americans face every single day. Whether you are a student or a busy working parent, the last thing you want to do at the end of a busy day is spend time cooking dinner. Share Fresh lets you find people near you that have put together a meal for you and your family. The meal would cost only a fraction of the price of what you would normally pay at a restaurant.

Picture this: the seller’s name is Angela. Angela loves to cook for her family every day. When Angela cooks, there is always bound to be a large amount of leftovers. Now, with Share Fresh all Angela needs to do is snap a picture of her meal and post it on ShareFresh. Now that busy parent who is driving from work to pick up their kids at daycare can swing by Angela’s house to pick up the meals and have a nice homemade meal ready-made for their family too.

In order to get a better understanding of the audience that would use this app, several people were interviewed in-person. Four college students and four parents of young children (of ages 6 or less) were interviewed. Here is an audience analysis that I created to show the results of my interviews.

After conducting the research, and in order to help me better understand who I am designing for, I created two personas. 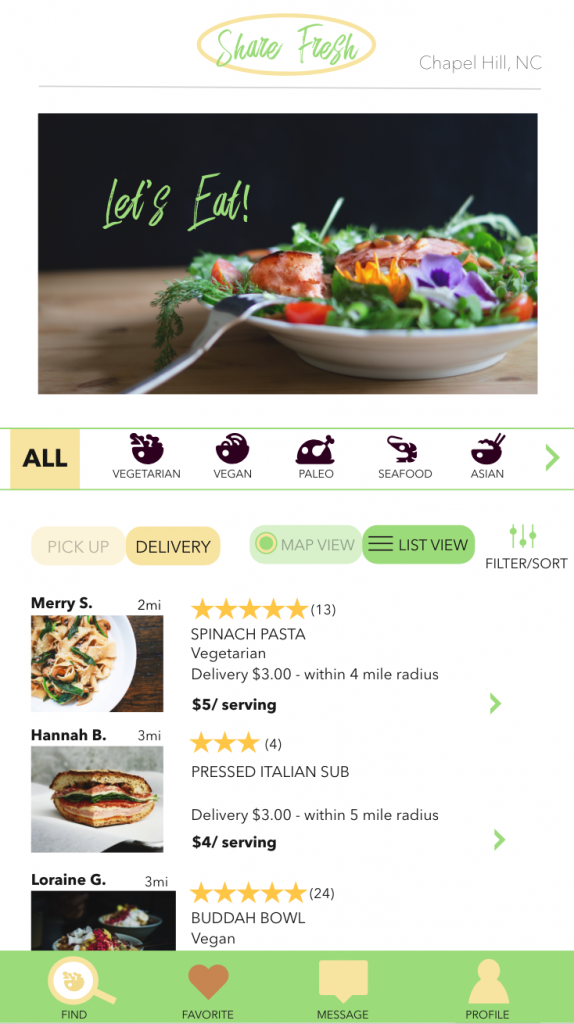 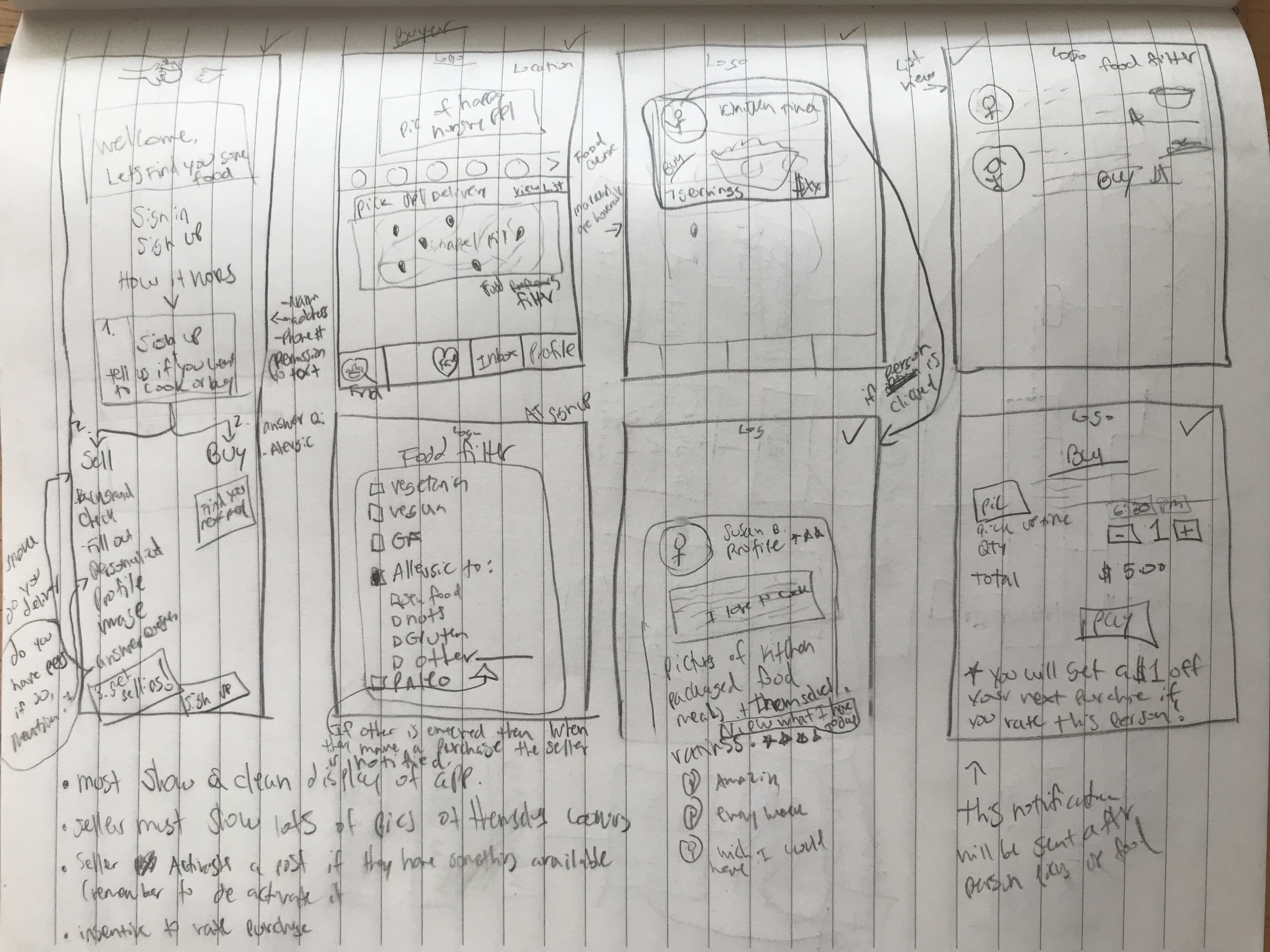 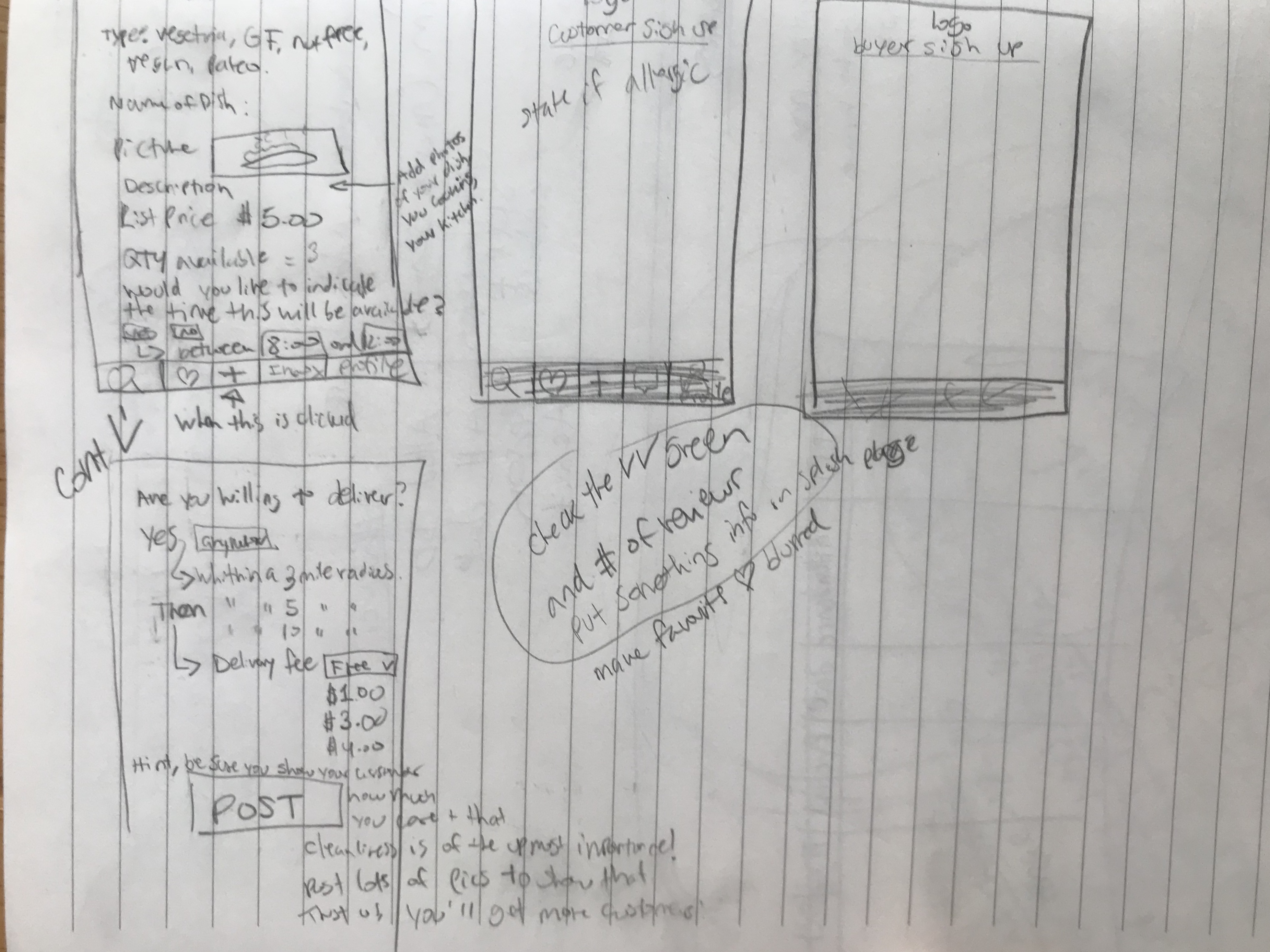 I did user testing with www.usertesting.com. I received feedback from three participants. They were prompted to go through an interactive prototype and provide feedback. For the entirety of the test, their screen was being recorded. I received three pieces of advice that I implemented in my design:

– Change red check marks to green, because red usually means that something is wrong.

– Add the number of reviews by the star ratings.

– Add a description of what the app is and images on the splash screen.

Click here to see the prototype before the above was implemented.